💡
This article was written several years ago to help explain the role of freedom in liberty in how Ukraine has been fighting Russian aggression since 2014. It is a critique of a book which pushes the idea that it might be best to divide Ukraine in half, and surrender it up to Russia. I'm reposting it to help you understand what is at stake, and to better understand why many Ukrainian soldiers are dying tonight...

Thank you for your heart to help the people of Ukraine. Every gift received via the Armada Network is being directed to ministry on the ground in Ukraine. Help empower our network of trusted relationships as they work day and night during this terrible conflict. We need you. You are so valuable and precious to us. Thank you for your part in this ministry! Donate Here.

It’s one of the more common phrases. You’ve heard it a dozen times: history repeats itself. But no one seems to be able to put their finger on just which bit of history is bound to repeat. The fact is some things are flatly forgotten before they come round again, and I’m not talking about Hitler’s rise to power, (everyone likes to harp on that) or Russian aggression ( because the Evil Empire is back), or how the next politician will be worse than the first, they are all corrupt, everybody knows it… We’ve had a stomach full of stuff going round and round. There are just some merry-go-ride’s we should stay off.

So tell me, why, if history repeats itself, does it always have to be bad?

No, I prefer good news. What about the guy who said “give me liberty or give me death,” and the men who pledged their lives and fortunes and honor for the greater good. Let’s talk about liberty and freedom, and the things that drove the American revolution — those things from your 8th grade history class that you forgot. I’m telling you liberty is back. I’ve seen it. It exploded in the small country of Ukraine. Freedom has finally come round one more time.

I guess I’m privileged to have seen it. Not long after the war started, I walked into a hospital room with the wife of the president of Ukraine where we greeted two young men, 19 and 21 years old. The spirit of liberty was there. It was in that room. They each had lost a leg, blown off in the war for their nation’s freedom — but their faces weren’t broken or defeated or dismayed. The president’s wife and I just looked at one another and cried. I couldn’t take it, it hurt too much. I saw tears stream down her face and those boys actually tried to cheer us up.

There are people in this world willing to pay the price for freedom, and they always win against the people out to make a buck. Ask King George. He lost his colonies because he never knew it, or had forgotten. And right now, my bets on Ukraine, on liberty and freedom every time.

In politics and the press, everyone has an opinion about Russia and Putin and cold wars, but most have no clue about liberty and freedom. More Russian experts have popped up to speak and write and make appearances than weeds in my grandfather’s garden. Marvin Kalb popped up, dusted himself off, and gave the world his take on why Russia blew off those boys legs through the lens of a condensed lesson in Slavic history, entitled “Imperial Gamble: Putin, Ukraine, and the New Cold War.”

Now, lest you take me to task for simplifying several hundred pages of his work in this short article, let me say I feel justified because I’m merely following his own example on two counts: to try to condense Slavic history as he did is an admirable feat, apart from being impossible, and at the least, very, very unfair; but to summarily wrap up your conclusions in a few sentences, as he did, is patronizing if not downright misleading. His tome of words results in one option presented — cut Ukraine in half. For all that he did present, and probe and illustrate he failed to examine other options. Reading it was like watching one of those movies where you can’t believe the ending.

Quite frankly, he forgot liberty and freedom. He never once mentioned it in reference to Ukraine. Not once.

Let me get to the point. Somewhere in the middle, Kalb says that some in the west hold the “…rather simplistic view* that Russia has committed aggression, which is true, and therefore Russia must now pay a price…” That Kalb considers war and the death of uncounted thousands as simplistic could give you a clue to unravel the heart of his book, and his purpose for writing: to put it plainly, Ukraine should be cut in half, and the larger half goes to Russia.

For example, Kalb says Ukraine has a split personality, and “This split persists to this day, one reason why a division of Ukraine between east and west as a way out of the current mess falls into the realm of the possible.”

And then, if his book were a video game, out pops the easter egg for those who know how to find it: “One option though, would seem to supersede all others: Would Ukraine be better off if it were divided in two— one country with loosely patrolled borders becoming two countries with tightly controlled borders?”

Did you get that? Just one option. Liberty and freedom aren’t even runners up.

Once the spirit of freedom and liberty gets out, apparently Kalb thinks you can fence it in — I prefer to differ. Hundreds and thousands of people gathered for an entire winter to stand for their rights, and Kalb thinks they should have all gone home. They were willing to die once — was it a fluke? — but now they should lose even more than what drove them to the city square the first time, and shut up and be happy about it. Poor Kalb has never seen freedom, nor liberty, and he has no authority to write about it. You don’t have to labor with the reasoning of the book when it’s so easy to dismiss his conclusions.

This freedom and liberty message is important. It births nations. Let’s replay it in our minds, shall we? The government becomes oppressive, tyrannical. The people rise up and fill the public square. The authorities resist. The ranks of people swell. They throw words, and then eventually rocks. Shots are fired. People die. But they prevail, and the spirit of independence and liberty begins to grow — and suddenly they find themselves at war with a world superpower. They have no army, no weapons, no money, no leadership…. but they fight.

That is Ukraine today. That is what happened on Maidan. But that was also the American revolution, the Boston Massacre, the shot heard round the world. History does repeat herself. Freedom has come round one more time, and you are not going to fence it in. America should stand for Ukraine because Ukraine now stands for everything that once made America.

While freedom and liberty are positive, for the sake of fairness, let me counter Kalb’s “one option” with a little bit of negative as well — quite simply, in Ukraine there is too much bad blood for any option of a divided country to become possible. It’s a common joke among Ukrainian soldiers in the trenches. “Are you going home after the war?” to which the other soldiers replies, “I’m from Luhansk.” Drawing a line down the middle of a map won’t take that away.

It gets worse. While his book claims to dissect the confrontational relationship between Ukraine and Russia, Kalb never once mentions the Holodomor. This crucial piece of the puzzle is brushed aside as a “not man made” famine, and his copious index in the back of the book doesn’t even contain the word famine. What’s he hiding here? Perhaps the one single, greatest historical reason Ukraine fears, hates, and is prepared to fight Russia and Kalb glosses it over? Ahem. Oh, you don’t know what the Holodomor was? Look it up.

It’s also curious that Kalb fails to mention the obvious. Putin knows we have a color blind president that wouldn’t know a red line if he saw one. A timetable in this conflict clearly exists. Things between Russia and Ukraine will be in a free for all until the next American presidential election.

As well, Kalb makes no mention of the displaced peoples — a strategic progrom to empty the East of any who would vote pro-Kyiv in a Crimea-like referendum. No mention of the Christian priests and pastors targeted, kidnapped and killed so their congregations would scatter, and flee to Kyiv. No mention of the numerous human rights violations, the beatings, the rapes, the senseless murders. No mention of the “anti-semitic” propaganda unleashed that uprooted many Jews from their homes, and pushed them west.

In fact, Kalb presents the war as a civil one — no invasion, no takeover, no people driven out, but a nation divided — something noble reserved for the villains. Here we should be clear. It’s not a civil war, it’s the result of Russian propaganda, a hybrid war — a literal invasion of one country by another — one infused with hired thugs and mercenaries, in which the worst of human nature has been displayed.

Mr. Kalb, calling it a civil war is an insult. You need to apologize to 45 million people and their children. They want to be free.

And freedom, dear sir, is the one option you forgot to mention. 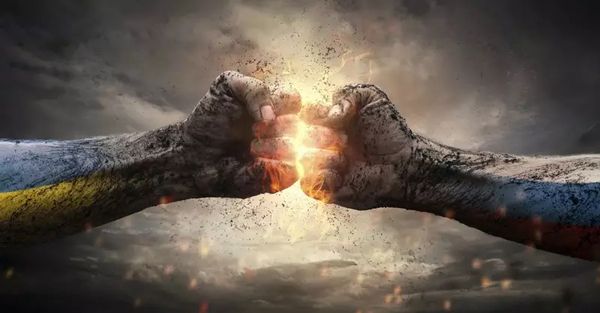 Greetings from Lviv, Ukraine! As you know I’ve been here for the past few months, helping coordinate and organize an effective response to the suffering and tragedy of war. As we empower Ukrainian pastors, they are able to do the impossible! The TenMen project is making an incredible impact! 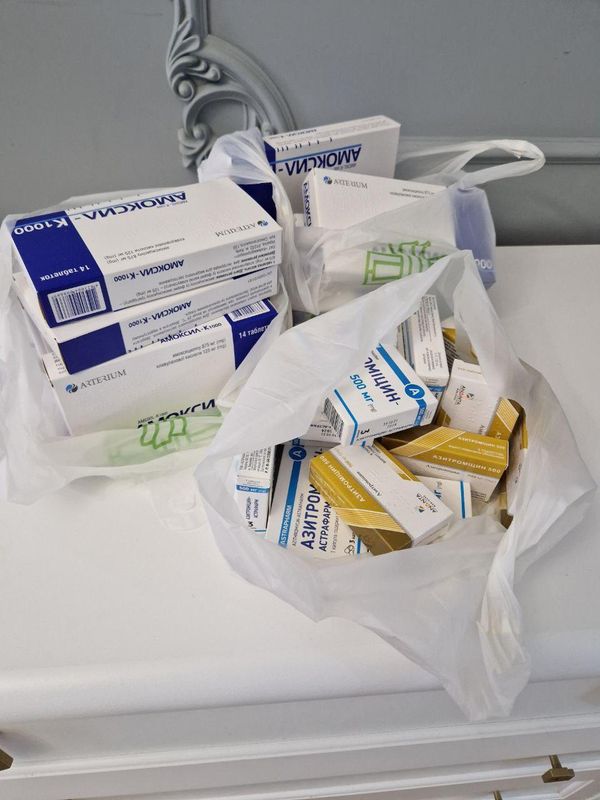 I want to share with you some good news! One of the problems Ukraine soldiers face is a scarcity of medical supply; some battalions have little to none. That means when someone is wounded, he may not have any pain medication at all, no anti-biotic that makes a difference in 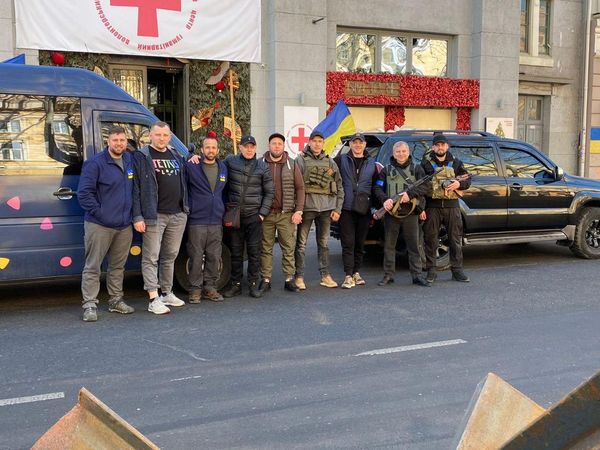 Our first team of TenMen have returned to the United States, after a very successful time of ministry in Odessa, Ukraine and surrounding villages. I can't say enough how proud I am of these men and what they have accomplished in such a short amount of time. Make sure you