There are basically three large components to a effective solution:

1. Acquisition, or purchasing the needed humanitarian aid at the border.
2. Transporting the aid to specific distribution points (cities) within Ukraine.
3. Spreading the aid out through various distribution channels.

The first, purchasing, is possible in Romania, Poland, and somewhat in Moldova. There is also adequate warehousing available. I’ve already suggested to several other large projects to forgo shipping containers over to Ukraine as the aid can be acquired along the border areas.

The second, transportation, is a moving target due to the war, the changes in tempo as battle lines shift and Russian targets are redefined. This requires up to the date, literally hour by hour, adjustments. We have close connections with the Ministry of Defense to create and utilize humanitarian corridors, as well as the trucking necessary to get the job done.

The third, distribution, is best served in our opinion by Christian pastors and church members — those who know their people, their villages and cities, and who are already doing the work in amazing ways while suffering for lack of adequate supply. We are able to network every evangelical denomination in reaching the largest city down to the smallest village.

I have been in Ukraine since 1993 and from 2014 I’ve spent 70% of my time in Ukraine working on various projects from Constitutional reform to visiting the front lines where we’ve developed delivery systems for the soldiers as well as refugees. Our work has given us favor at the highest government levels: including many key members of Parliament, the Ministry of Defense, hundreds of chaplains who serve in the trenches, and most importantly — thousands of local leaders in cities and villages.  All the relationships and networks we have formed are useful now, just not for the reason I had first supposed.  I believe we have a network that can make an immediate impact, but quite frankly we lack an adequate volume of resources.

We certainly need help — and for Ukraine I’m not hesitant to beg if necessary — Thank you once again for your help! 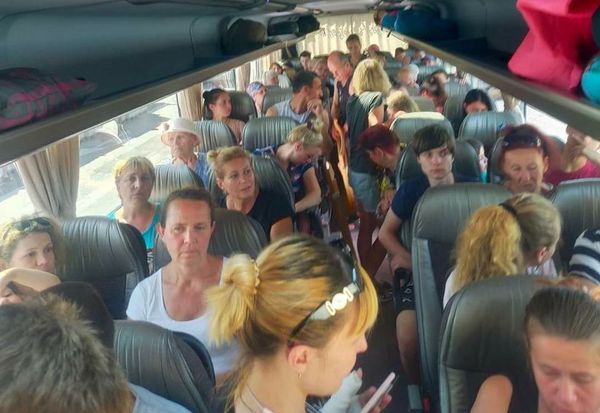