The story of the good neighbor is quite a simple one. It is also a timeless story. Jesus told it to highlight issues that we still face today. In brief, he describes a certain man who was mugged, stripped of his money, and left for dead in a ditch. Then in sequence three men passed by -- each of them representing a certain position not so far unlike argued positions that we find every day in our news, our social media, or written in big letters on our blogs.

To cut to the chase -- the religious man crossed to the far side of the road and passed by -- not because he didn't love the man in the ditch, and probably not because he was devoid of all compassion. Quite the contrary. It's possible he was the most merciful among the three; but he was also obedient to the law. He was holy. He was religious. And because he was such a moral person, he could not break the law where the law was clear!

It's important to emphasize this. The religious man did not ignore the plight of the poor man because he had grown callous or bitter or evil through his religion, but in spite of it! It was against the Levitical law to touch the unclean in each and every case. He would not only be defiled, he would be defiling all that he held sacred. He cannot in good conscience help that man in the ditch or he would break God's perfect law. Very commendable, don't you agree?

However, Jesus did not agree and I really don't think the religious people of today have a clue how revolutionary that was -- it was in fact, one of the reasons they wanted to kill him.

But Jesus gave us another type of man, and that type of man is hard to be found in today's religious world. I've been looking for him, and I hope you have too.

A Samaritan walked by -- and I do not believe it can be emphasized enough just what that meant to the people of Israel, and especially to His disciples, when they heard the Messiah commend a Samaritan! Think of it, a Samaritan! They are ungodly, unclean, and dirty. They are the garbage of society. They can be found gambling in Trump's casinos! Whatever they are -- outside of God, with no covenant, no hope, and no future -- whatever they are I say again, they simply cannot represent anything that is good!

I hope I have your attention. Jesus said, learn to judge by the spirit of the law, and that my friend is the lesson we have been having a hard time with.

A large number of Christians are crossing to the other side of the road and passing by ever since America stumbled into the ditch. Let's be clear about that part. America is not what she use to be. She's been robbed, beaten and left for dead. In fact, there are a good many of our enemies throughout the world -- and more than I care to think about at home -- who rejoice to see our country in the ditch, and they are quite excited to watch moment by moment, election by failed election, while she bleeds out.

But, they say, America has so many righteous, so many holy, she certainly cannot fail! Just believe in the Sovereignty of God! There are Churches and organizations and Facebook pages and blogs all declaring our high and mighty morality and ethics and good conscience and…. irrelevance.

Listen well, Church. Be careful where you step. You might get too close to that unclean man in the ditch where it hurts your conscience -- you'd better cross to the other side of the road and cast your vote where it will not matter. Forget about the fact that only one of two failed candidates (should I say, Samaritans? ) will be elected, turn 180 degrees in the opposite direction, and throw your vote where your conscience can't hurt you. Your logic might, but your conscience never.

I know where that place is. It's on the far side of the road. Just look for the religious guy and follow him.

I have never seen a time in my life when people who declare they believe the Word have allowed the enemy to deceive them to such a degree that they become completely irrelevant to society. They fail to judge by the spirit of the law, and are content to hide behind a mask of morality because things aren't turning out the way they want.

They can't vote for that Samaritan Trump because he does not represent the godly criteria they are told to choose in the Bible. So, bound by the law, they must choose an obscure candidate with no hope, no chances -- one who is simply irrelevant. Such people are moral. My yes! And because they are moral they waste their vote, throwing it away out of spite, without thinking about the consequences.

But they will argue (and I expect an argument or two) to compare the good Samaritan who broke dietary laws and laws about cleanliness, the common and the unclean in order to take care of a man in the ditch -- to compare breaking those minor laws with what the Bible says about leadership criteria and a sacred vote, well, that's not a fair comparison.

I absolutely agree. The issue of the good Samaritan is not a fair comparison -- because those laws about diet, and cleanliness, and common and unclean are about Christ Himself -- quite simply, there is no comparison at all with anything else! . Any and all of your moral excuses fail miserably by comparison. The laws the Samaritan broke to get into the ditch were laws that foreshadowed Jesus Christ Himself -- and later, when they were abolished, it was not because they were weak or small or unimportant, no! -- it was because they were now fulfilled in Christ Himself, crucified, risen and Lord!

If you quibble about a leadership criteria set in the context of Church government while a nation lies dying -- you clearly identify where you are on that road of life, and what part you would have played in Jesus story.

This election is not about godly leaders, and I'm very sad to say that, but it's time we woke up and realized it. It's not about Christianity at all, -- the Church won't die if America dies -- it's about a form of government that is being overrun by another form through the death of a republic and the surge of socialism. It's about a failed nation with failed leaders, and the Church must find the moral courage to get into the ditch. The idea that one cannot vote in good conscience for the better candidate of the two runs contrary to the spirit of the law. The effect and consequence of such a position is clear -- evil will triumph because good men do nothing.

There is no response to the statistical fact that a failure to vote for Trump will benefit the Democratic Party, and Hillary Rodham Clinton will become President.

In Jesus story, the religious man cared more for his morality than for the suffering man in the ditch, but at least he didn't make the problem worse . In our story there remains this difference -- the religious who waste their vote for conscience sake promote a Democratic victory. They are making the problem even worse .

They care more for their morality than for the next generations who will suffer under a liberal supreme court where conservative values will be lost and ultimately persecuted.

They care more for their morality than for the untold millions of babies who will be aborted under the onslaught of liberal socialism.

They care more for their morality than for the illegal immigration of untold millions who will bankrupt the economy and radically alter the culture.

But what do you care about ?

The religious man could not break the bondages of his religion to do what was right.

The Samaritan did and I believe the Christian can.

Come along with me. I am walking hand in hand with a Samaritan called Trump, and I am going to do my best to save this nation, heal her wounds, and commit my life and fortune to that cause. Let's make America great again.

Believe me, it feels really good to be a part of Jesus' story even if you have to get a little dirty. 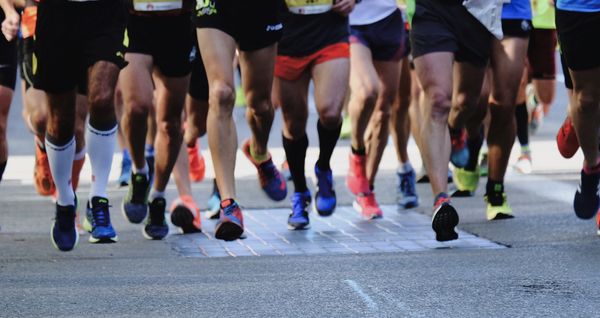